This week I was asked if I liked music.  Like music?  I don’t think anyone can just like music.  Music plays such an intricate part of my life.  I’m sure most people can relate a time of their life to different lyrics or melodies.  It’s almost like having a timeline of music and your life intertwined.  Certain songs can transport us back to different times in our lives.  Songs can bring smiles, tears, laughter, and rush of memories as we listen or sing along.

I’m sitting here watching a Barbra Streisand concert on PBS.  She started singing The Way We Were and I felt the tears start to flow for different reasons.  One, John gave me the movie for a present and I remember watching it with him.  Two, I can so relate to the song of missing a loved one.

When I was very young, I went with my mom to watch Funny Girl starring Barbra Streisand.  I remember mom playing the record so much that I memorized almost every song on that album and I can sing every lyric from that record to this day.  Dad loved listening to his Eight Tracks.  I can also sing almost every Marty Robbins or Bobby Goldsboro songs.  In fact, I found both artists on records at a garage sale and bought them.

Crocodile Rock by Elton John and Bad, Bad Leroy Brown by Jim Croce makes me smile.  Both songs were fun to sing!  Leroy Brown has a ‘cuss’ word in it and I remember very clearly not saying that word when I sang along. They were released when I was ten or so.  I got my first radio from Canton when I was about that age.  There’s nothing like having control of a radio and dancing around while singing into a make believe mike.  In a large family it seems like everything was shared, but the radio was all mine! 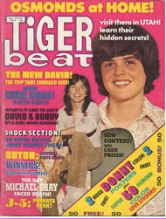 Isn’t it funny how you know words for songs that you grew up with as they play on the radio?  However, if someone asked you to recite the words without the music, you’d have a hard time coming up with the correct words.

Like most girls, I loved The Osmonds (Donny), The Partridge Family (David Cassidy), and The Monkeys (Davy Jones). I can’t tell you how many Teen Magazines I shared with friends and dreamed about the young boys on the cover.  Puppy Love . . .  I Think I Love You . . . . Daydream Believer . . .

I loved the songs that told stories.  Oh my goodness!  I sang all the time in the bathroom.  Everyone sounds better when they sing in the bath or shower.

Do you remember any of these songs?  I bet you do!

I discovered Disco when I was in 9th grade.  There was a teen club downtown and I had so much fun going a few times.  My brother, Paul, was old enough to drive me there and pick me up.  I had a pale blue shirt with a satin sheen.  It had  large billowy sleeves and a large collar.  I thought I was so cool when I went dancing in it.  There were so many kids trying to emulate John Travolta . . . including me.  Donna Summers and the Bee Gees filled the radio waves!

I married in the early 80’s and Disco crashed and burned and was replaced by Hall & Oats, Michael Jackson, Neil Diamond, Air Supply, Styx, Phil Collins, and so many more.  I remember when MTV started.  Watching the videos that came out with the songs was so entertaining because most of them seemed to tell a story.  I think I had the TV on practically all the time when I was home by myself.  Life seemed so much more innocent back then.  I remember when the song by Robert Palmer Addicted to Love came on.  It seemed so incredibly sexy.  It’s very tame by today’s standard.

Early in our marriage we went to two concerts.  One was Barry Manilow and the other was Air Supply.  When I think about it Air Supply sounded very much like the Bee Gees!

Cameron arrived in 1990 and by then I had discovered that I enjoyed Broadway plays and motion picture soundtracks more than listening to the radio.  It was also when everyone had a “Walkman.”  It was portable music and we toted our cassette tapes or CD’s around with us and we used earphones.  I’d take Cam for a walk in his stroller around the neighborhood listening to The New Kids on the Block.  They had the best beat for walking!  Boy bands were huge.  I loved listening to Billy Joel, Whitney Houston, Meat Loaf, Areosmith, and Mariah Carey.

Somewhere in the new millennium . . . I turned old.  I hardly ever listened to the radio except for ‘classic’ channels.  Yes, that would be music of my generation.  I don’t like songs that I can’t distinguish the words being said, or songs with inappropriate lyrics.  Most of the songs that I recognized from the 2000 are songs from crossover country artists or songs from Celine Dion, Kelly Clarkson, and Madonna.  No Usher or Destiny’s Child for me.  That’s okay because I enjoy songs that I can sing with.

I’m sure this is the same generation gap in music that happened to my parents when I was a child of the 70’s and 80’s and they listened to songs from their generation.

Cam and I have reached that music generation gap.  He sometimes plugs his itouch or phone in on car trips.  Besides a very few bands, I can’t even name the band playing.  It makes me smile.  It’s nice that somethings are consistent through different generations. 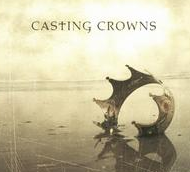 These days, I listen to mainly Christian Songs.  I find peace and encouragement listening to worship songs.  Give me Casting Crown, Steven Curtis Chapman, and Mandisa.  Emotionally they touch me.  I smile and sometimes I cry, but they give me a chance to worship our Heavenly Father.  Whenever, I hear a song that speaks of the beauty of Heaven I usually cry and when I hear a song that was sung at John’s funeral, I take it as a ‘hello’ from him.  It makes me feel connected to him.  That’s the beauty of music and the emotional connection of it to the heart.

I sing in the shower and yes, I still sound awesome in the bathroom!  Music is the time machine that moves us back and forth from our youth to the present.  Do I like music?  No, I LOVE music.  It’s the lifeblood of my memories.